Avitus Group is proud to announce that Peter Green, an Avitus Group Ambassador and member of the Avitus legal team, was recently selected as a council member and Wish Granter for Make-A-Wish Montana.

Green first became interested in the Make-A-Wish Foundation in early 2018 while participating with other Avitus Group employees in a welcome home reception at the Billings airport for a little girl named Peri, who was returning with her family from a trip to Disney World. Excited about finding ways to be involved in the Billings community after moving to Billings from Massachusetts in 2016, he applied to become a Wish Granter. His application was accepted in early March.

Wish Granters act as liaisons between children with wishes and Make-A-Wish Montana. Since becoming a wish granter, he has worked on completing a wish for a 14-year-old girl named Angel, which was to go on a shopping spree for her and her family in Great Falls. He is now currently working with two other children and their families to grant wishes.

After becoming a Wish Granter, Green was also invited to serve on the Make-A-Wish Montana’s Billings Community Council, and accepted. He has this to say of his experience with the Make-A-Wish Foundation:

“I chose to volunteer with Make-A-Wish Montana because I know first-hand the heartbreak that comes with having a child with a critical illness. Almost seven years ago, my 12-year-old son, Eric, died unexpectedly in his sleep of a seizure condition. Eric had always been a healthy, smart, funny, and athletic boy with many friends. He started experiencing nocturnal seizures when he was 11. The doctors told us that we had nothing to worry about because children who experience nocturnal seizures usually outgrow them by the time they are in their mid-teens. The doctors failed to tell us, however, about SUDEP—sudden unexpected death in epilepsy—which each year kills a relatively high number of epilepsy sufferers, especially boys with nocturnal seizures. Losing Eric devastated my entire family. In light of my personal experiences, providing support for critically ill children and their families feels like an incredibly worthy cause.”

Avitus Group thanks Peter for his commitment to community service. 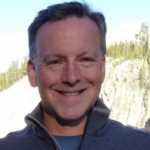